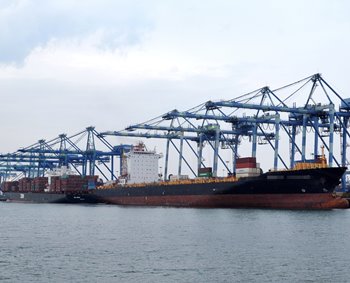 MASA Chairman Faizul Ismail said in a statement a clearer explanation is required on whether the exemption will only affect general and containerised cargo or in a worst case scenario, is applicable to all cargo.

He said a major implication to the local shipping industry on implementation of the exemption is the potential abuse of controlled and subsidised goods distribution by the federal government, when it is carried by foreign-flagged ships.

“These goods may not land in East Malaysia, when proper controls are not in place for the foreign flagged ships. This is not the case when goods are carried by Malaysian-registered ships and discharged fully at ports there,” he added.

There is also the risk of the lack of presence of local ship-owners, due to the non-competitive environment for them in comparison to the foreign-flagged shipowners and operators.

In addition, the exemption of the cabotage policy will lead to the potential “dumping” of old ships from neighbouring countries to trade in Malaysian waters and should as such be capped at a certain age for entry.

MASA is encouraging the government to consider a review of the policy, including exemption being restricted to the International Transhipment Container (ITC) trade to all East Malaysian ports and not include, the indigenous products locally produced in West Malaysia and all type of cargoes.

Another suggestion is only the Main Line Operator or Foreign Ship Operator be allowed to partake in the feedering of ITC, with Non-Vessel Operator Common Carrier and International Freight Forwarders not permitted to partake of either local indigenous cargo or ITC.

Currently, the shipping industry tonnage has shrunk to about nine million DWT due to the maritime business environment challenges such as low freight rates.

“With implementation of the exemption, there will as such be an irreversible damage and a very challenging task of rebuilding the lost tonnage, capability and capacity of the Malaysian shipping industry, due to high investment and capital costs,” Faizul said.